The last irregular bird, Nordmann's Greenshank, could have had a sub-heading of The Joys of Twitching. In it, I confessed to being a Twitcher at heart, discarding the respectable facade of "Wildlife Photographer". Here follows the justifications, or at least illustrations of why it can be enjoyable. The background to this particular obsession/passion was the fact that, worldwide, there are thirteen species of Tringa sandpipers, or Shanks, characterised by different coloured legs. I had reasonable photos of all of them except the rarest, Nordmann's Greenshank, since 2008 (when I photographed the second last one, the Willet of North America). That is, the seven year itch twice over. 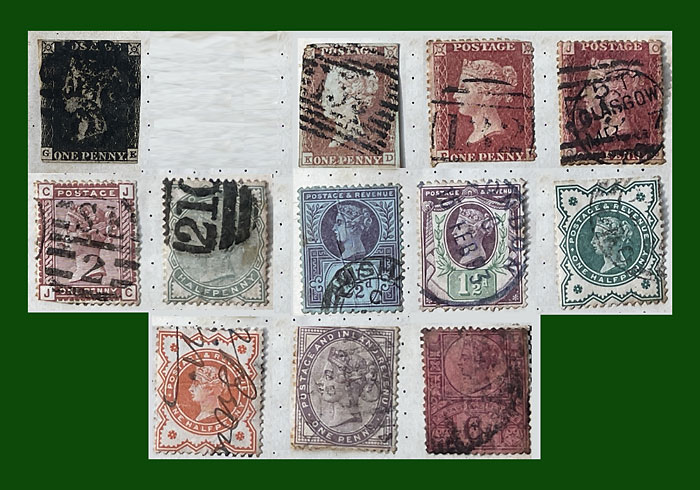 Imagine the thrill when you finally lay your hands on one, as I did in the 1960s. This one is a rather daggy example, but it is one from the original two plates issued until February 1841, and lacking white lines under "POSTAGE" and above "TWO PENCE". The much commoner later series called 'white lines added issue' continued until 1858. I'm still a kid at heart, and the subtlety of distinguishing different series of Two Penny Blues has a similar appeal to separating Common and Nordmann's Greenshank. 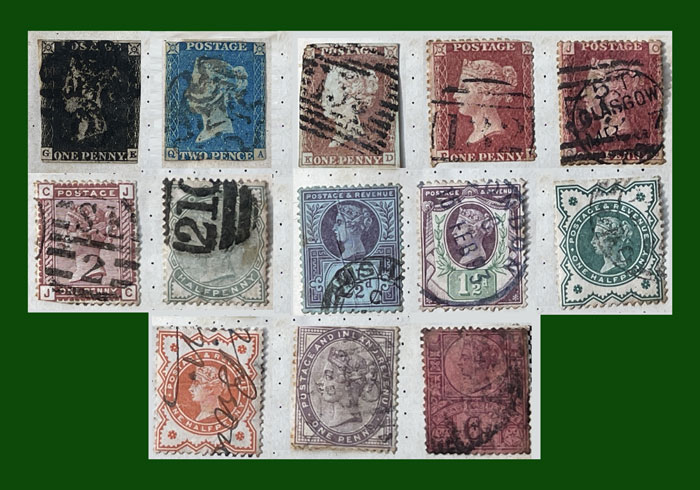 Alternatively, maybe you were or are a card player. Suppose you're playing a game in which you the best hand is an entire suit of cards, say a complete Straight Flush, as opposed to a mere Royal Straight Flush in Poker, but you lack the Queen. 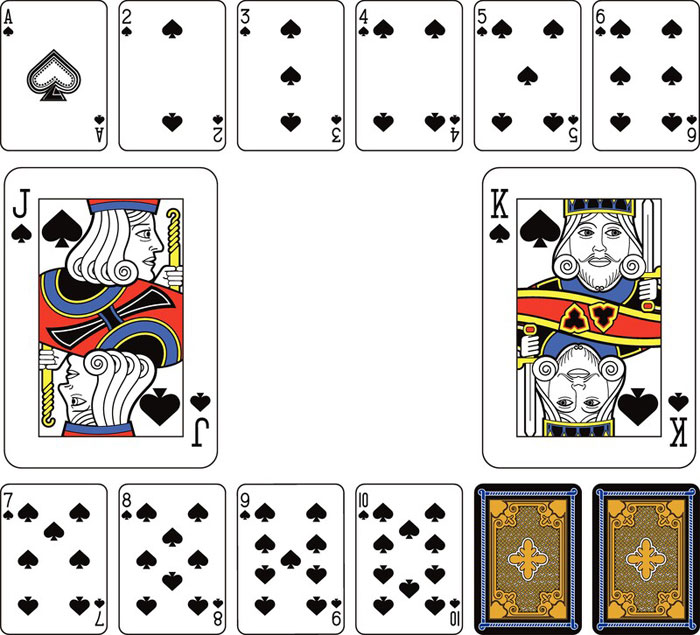 At long last, after fourteen nail-biting years, you finally get the missing card. I've chosen the Queen as it's number twelve (if you have the Ace as the first rather than the last in the suit) and Nordmann's Greenshank is also the twelfth Tringa if you follow the IOC classification of birds. Continuing the metaphor, I've chosen Spades as the Queen of Spades is the most valuable card in the game Hearts. The metaphor fails if you go any further, because in Hearts, a vicious game which we loved as kids, the aim is not to win points and to force your opponents to get a high score, It's Whist in reverse. Clearly, I also have a passion for Queens. 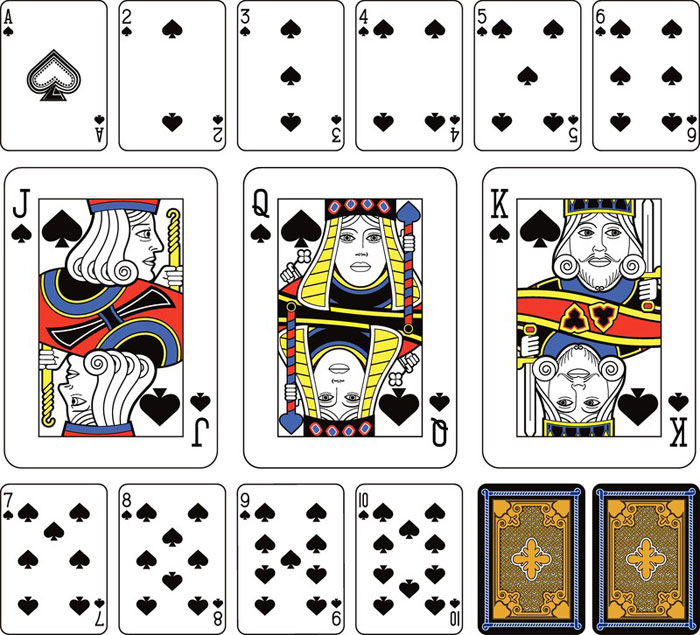 After that it's just a question of whether you're an introvert or an extrovert. An introvert gets a deep personal satisfaction from achieving a complete collection, an extrovert gets a sense of triumph in beating the competition. Of course, you may be a bit of both: I'm mainly an introvert, but publishing all this stuff as the Irregular Bird, showing off obviously, is characteristic of extroverts.

So, back to Tringas. Waders (Birdway) are fascinating birds, not least because many of them migrate extraordinary distances. As a consequence, they're of special interest to twitchers when avian GPSs go awry and they end up in strange places. Many species, however, are hard to distinguish in non-breeding plumages, which is how we usually see them in temperate and tropical latitudes except just before the migration back to the breeding zones. Most, but not all, of the Tringas, or 'Shanks', are fairly easy to identify because of their coloured legs; many of them having corresponding common names as you can see in the IOC table in the first image above. Four of them, comprising the two Redshanks and the two Tattlers, have featured as Irregular Birds in the past, so I want to do a series on the remaining eight and I'll do them in the IOC order shown in the table at the beginning of this article. The first is the Green Sandpiper. 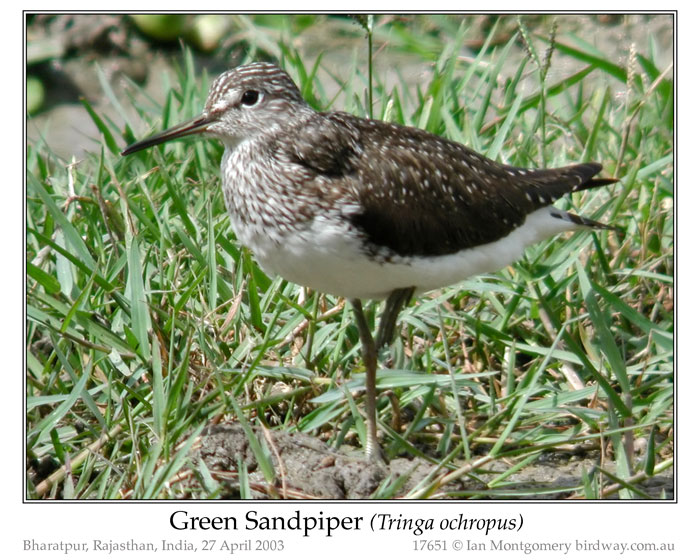 The breeding range of the Green Sandpiper stretches right across northern Eurasian from Norway to Siberia and it winters mainly in tropical Africa, South and Southeast Asia, around the Mediterranean and, to a lesser extent in Western Europe. It's mainly a bird of fresh water marshy areas even in the non-breeding zones. I've photographed it only once, in India in 2003, though I had seen it in England in the 1960s before I came to Australia.It's even rarer in Australia than Nordmann's Greenshank with only one confirmed record, near Darwin in 1998. There are a few unconfirmed records but care needs to be taken to distinguish it from the closely related Solitary Sandpiper of America and the Wood Sandpiper.

In fact, I mistakenly identified the Indian bird as a Wood Sandpiper, reasonably common in Australia and also a fresh water species, and posted it as such to the website, and only years later did the twitcher in me take a closer look and realise happily that it was actually a Green Sandpiper. Distinguishing features of the Green Sandpiper include larger size, bulkier appearance, short white eye-stripe ending at eye, longer bill, shorter, greenish legs, sharp gradation from streaked breast to white belly and, particularly in breeding plumage like this one, darker, greener rather than brown upper parts. 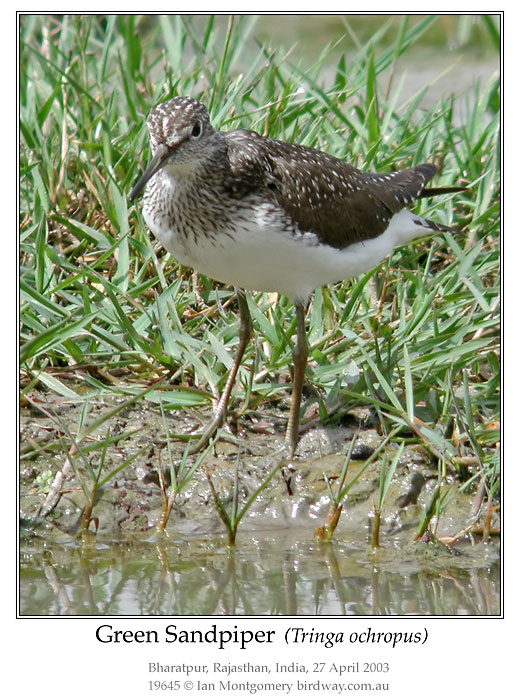 I mentioned when discussing the unusual arboreal nest building habits of Nordmann's Greenshank that the Green and Solitary Sandpipers also nest in trees, but use the old nests of thrushes. Coincidentally the name Tringa comes from a description of a thrush-sized waterbird by Aristotle ('trungas'). He didn't distinguish it further but later authors have suggested it was a sandpiper, a Wagtail Motacilla or a Dipper Cinclus. Thanks very much. While we're at it, ochropus means 'pale-yellow footed', while the specific identifier of Nordmann's Greenshank, guttifer, means spotted, which isn't very illuminating either. Aristotle preceded the taxonomic and evolutionary ideas of Linnaeus and Darwin, and 'thrush-like waterbird' is a reasonable description, except for the length of the legs. He was interested in biology, classified 500 species of animals in the work later known by philosophers as the Scala Naturae and would have been familiar with the Song Thrush, below, in Greece. The Scala Naturae was approved by the Christian Church (and probably others) as it is hierarchical in form with, predictably, man at the top, towering above all the lower species. 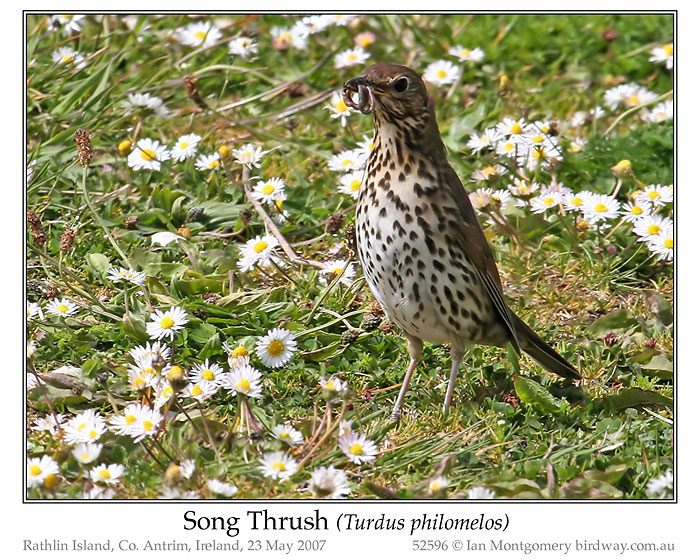 On the subject of passion and obsession, I've decided that the difference is mainly one of perception. A person might think they (in deference to gender fluidity) have a passion for another person and, if not reciprocated, the other party might regard it as an obsession. My cousin in Ireland suggests that obsessions have a negative effect, so maybe it's more than just perception. Either way, I'll continue the passion for Tringas next time with the closely related but geographically distinct ("allopatric"), thrush-nest-using, Solitary Sandpiper of America.